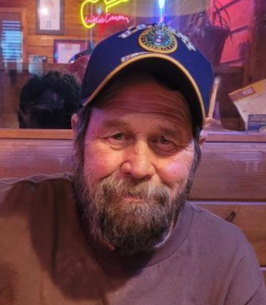 He is predeceased by his parents: Paul and Jean Smithheart, and a brother, Doug Smithheart.
Left to cherish his precious memoires: his daughter and son-in-law Shelli and Andrew Tafoya as well as his three
grandsons; sister, Natalie Fulmer and husband David; sister, Linda McDaniel and husband Bucky;
nieces and nephews: Lauren and Chad Savino, Zachary Fulmer, Kayleigh Fulmer, Scott and Lori
McDaniel, Joshua Smithheart and Christy and Garrett Hilton; along with a great niece and nephews.


​Bobby attended schools in Lufkin and later entered into the United States Army where he was a Marine Engineer who specialized in Marine Operations and Maintenance. He received a National Defense Service Medal and had Marksman M-14 Rifle Training. Bobby was a Welder by trade and enjoyed working on anything with an engine.

He loved fishing, watching a good movie and eating good food...he always saved room for dessert. Bobby was known for his kind heart; he never met a stranger and was always willing to help anyone in need. He was funny and everyone who knew him loved him dearly. He was a simple man who enjoyed his life to the fullest and lived life on his terms.

Rest in Peace until we all meet again.